I'm leaving on vacation for the next two weeks or so tonight (actually, a bit earlier since this is a scheduled post), so things will be quiet here for a bit. In the meantime, gentle reader, I'm posting a surprise!

Below (click to embiggen) are the first-ever screenshots of Infestation gameplay! I know that information regarding the actual mechanics of how Infestation works is quite a bit vague at the moment, so this post will hopefully clear things up a little bit. 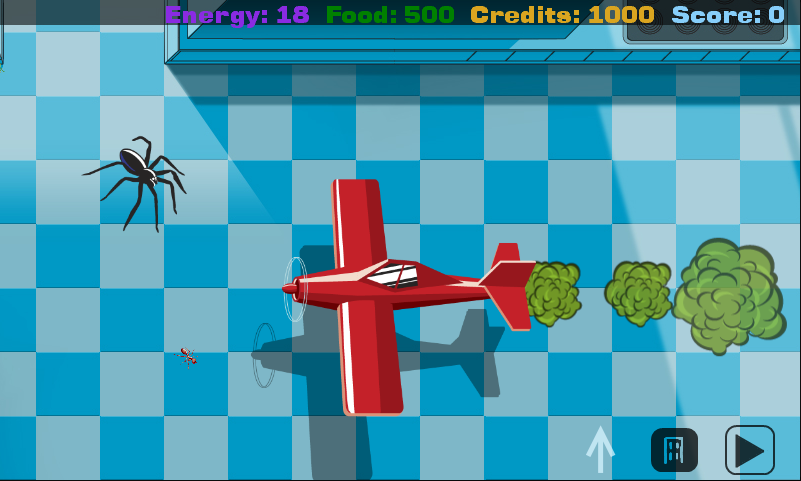 In the screenshot, you can see two of the enemies you can expect to encounter, the spider and the ant. They are merrily crawling their way towards the food source shown in the second screenshot. The low-flying airplane spewing the noxious green gas is on your side - Silent Spring or not, mama's bringing home the DDT! The crop duster is one of a number of special moves that you can employ in your fight for food-survival; it's activated by drawing an arrow on the screen, like thus: 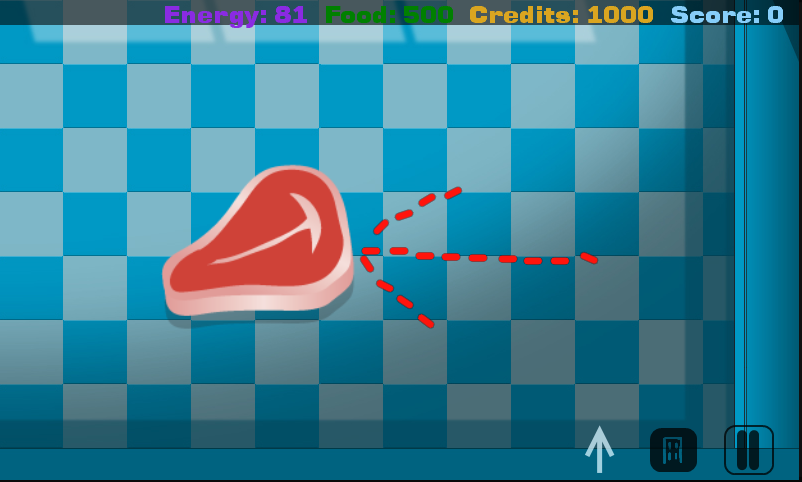 The red lines are what appear on the screen as you draw a gesture; different special moves are activated by different gestures. In this case, the crop duster will fly horizontally across the screen at the level of the drawn gesture, causing massive damage to anything in its path.

Don't expect to love the smell of DDT in the morning all the time, though. See that purple text in the top HUD (it will look much better at release as much of the HUD is still preliminary)? That's your current energy level. Using special moves requires a certain amount of energy. You can obtain more from power-ups dropped by defeated bugs as well as various other methods I'll get into later.

Gotta run for now, enjoy these tasty tidbits! Feel free to comment here, or on Twitter if you have any questions/comments/want to tell Mike how awesome his graphics are (any graphics that aren't awesome are probably placeholders I've drawn myself)

Liquid Electron
—
Gone for a while, but here's a gift
Share this