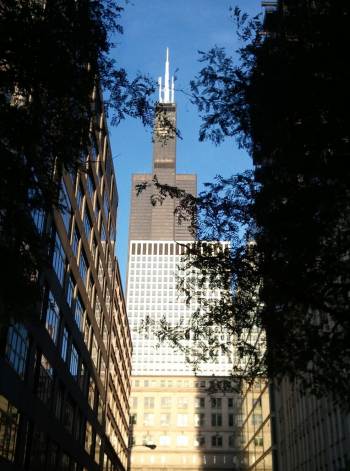 Many people in .NET-land attended or have been reading about from afar (like me) the //BUILD conference, where I’m told that attendees got hooked up with a shiny new tablet computer as well as seeing some really cool things planned for the future of Windows, the cloud, and .NET. It appears that the spirit of Oprah has already migrated west, but that won’t slow down the windy city because we’ve got something more important than any sweet sweet swag or learning about the latest in developer tooling – Ideas.

I’m planning on attending Chicago Ideas Week in October of this year, and let me tell ya – the lineup looks amazing! If I listed all of the sessions that I thought were interesting and wanted to attend, I’d end up reprinting pretty much the entire schedule because it’s just that compelling. This is the first year that organizer Brad Keywell (who, if you’re unaware, is one of the co-founders of Groupon along with Eric Lefkofsky, his more prominent partner-in-crime) is attempting this event, and I’m all for it.

I’ve been talking with various people in the development community over the past few weeks, recruiters, developers, managers, etc. about the problems that we as technology professionals face when it comes to materializing (really, executing in general) concepts and projects in Chicago. One of the most consistent things that I keep hearing is that it’s so hard to find people (read: developers) with the necessary skills, passion, and talent to help craft an idea into reality. It’s a sentiment I can agree with, having observed how difficult finding folks really can be, but it’s not something that can be addressed by simply having better recruiters and recruitment tools. Having an Ideas week that creates a confluence of business, technology, and capital will hopefully help begin the process of improving how we interact with the tech community in general here in the Land of Ditka by creating foci for people with similar interests and needs to connect.

Welcome to my website! I'm going to be posting more in coming days as I put together more content for Infestation. It's always interesting how much time is spent running a business that

Liquid Electron
—
Keep your //Build, I want an Idea
Share this